Yokohama Tire Corporation Gears Up for the 2013 Motorsports Season 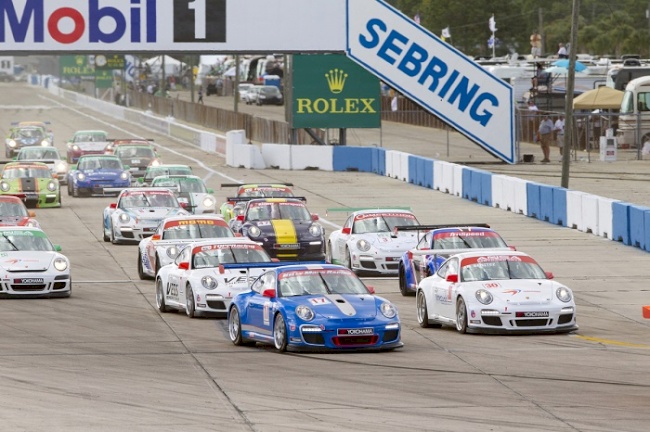 FULLERTON, CA (March 7, 2013) – From desert racing to drifting, Porsche 911 GT3 to Ferrari 458, Yokohama Tire Corporation (YTC) is busy tuning up for the 2013 racing season. “This will be an exciting year,” said Andrew Briggs, YTC director of product planning and motorsports. “We have a new ALMS partner, a historic teaming in off-road and a strong, overall line-up, so we can’t wait for the season to begin.”

All told, Yokohama will participate in six race series during 2013. The series are:

Leading the charge for the Fullerton, California-based tire maker is Team West Alex Job Racing, which will campaign a Ferrari 458 in the highly competitive ALMS GT class on ADVAN® A005 development tires. A new event, the Circuit of the Americas, September 19-21 in Austin, Texas, has been added to the 10-race series beginning with the legendary 12 hours of Sebring on March 16 and concluding with the historic 10-hour Petit Le Mans at Road Atlanta, where Yokohama is the “Official Tire.” For details, visit www.yokohamatire.com/motorsports or the ALMS web site at http://www.americanlemans.com/.

Yokohama will also continue to run in the GTC Class of the ALMS on YTC’s famed orange oil-infused racing slick, the ADVAN® ENV-R2™, the series’ spec tire. A field of approximately 10 cars will compete at all ALMS events, including endurance races, such as the 12 Hours of Sebring and Petit Le Mans. More details can be found at www.yokohamatire.com/motorsports or http://www.alms.com/schedule/2013.

Yokohama’s orange oil-infused ENV-R2 – will again be the spec tire in the eight-race IMSA GT3 Cup Challenge Presented by Yokohama. The 2013 season marks the fifth consecutive year that Yokohama has been the series’ sole tire supplier. More than 30 cars are expected to vie for championships in two GT3 divisions – Platinum and Gold – at leading North American tracks, including Sebring, Road Atlanta, Circuit of the Americas and Laguna Seca.

“The ENV-R2 has proven itself time and again,” said Briggs. “It has surpassed all driver expectations from a performance standpoint.”

The series begins at Sebring, March 13-16. For details, visit http://imsachallenge.com/news/2013-imsa-gt3-cup-challenge-by-yokohama-series-schedule-released.

Heidi is a four-time SCORE Class champion and married to Desert Assassins teammate Cameron Steele. Jessica (of the famous off-road racing McMillin family), is new to the Desert Assassins and also a SCORE champion. Heidi and Jessica are racing in the Trophy Truck Class for the first time. They will be competing on specially-engineered 40-inch Yokohama Geolandar A/T-S® R tires mounted on their 800-horsepower Geiser Brothers truck.

Cameron Steele, a veteran Trophy Truck driver and two-time SCORE Person of the Year, will also race on Geolandar A/T-S R tires. YTC and the Desert Assassins will compete for the newly-created World Championship of Desert Racing title, which combines the three SCORE races in Mexico and four HDRA (High Desert Racing Association) events in the United States to crown the overall winner “World Champion.” Yokohama, Cameron Steele and the Desert Assassins are off to a great start in 2013 after winning the HDRA season opener at the SouthPoint 250 outside of Las Vegas in January. “Our confidence is high heading into the San Felipe 250,” said Steele. “The tires are taking everything we can throw at them and allowing us to run at a winning pace.”

In January, Yokohama-sponsored Cameron Steele and the Desert Assassins won the 2013 HDRA season opener in Jean, Nevada on Geolandar A/T-S R tires. The next race is the HDRA 250, April 5-7 in Ridgecrest, California. For details, go to http://hdrarace.com/2013-race-schedule/.

YTC returns to Formula Drift as a tire supplier for the second consecutive year. Select teams will compete on Yokohama high-performance tires such as the ADVAN Neova® AD08 and S.drive® during the season, which features seven events across the U.S. The series starts April 12-13 in Long Beach, California, utilizing a portion of the Long Beach Grand Prix race course. Details at: http://formulad.com/schedule/pro-championship/.

May 10-11: Road to the Championship; Braselton, Georgia